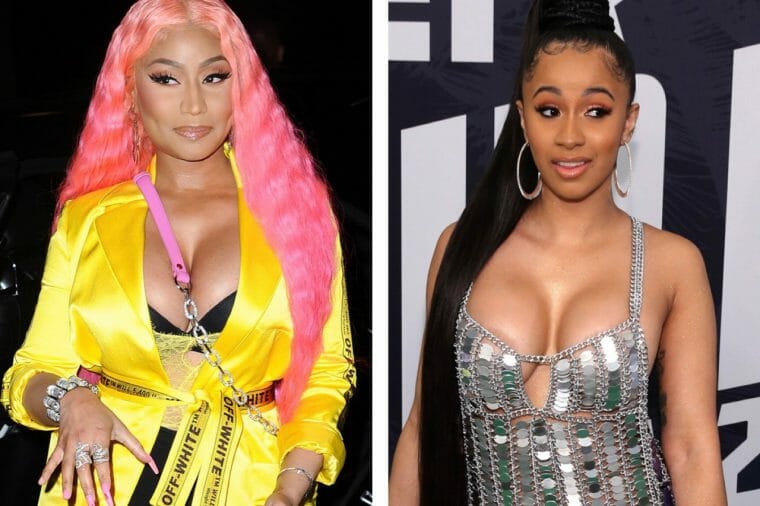 Nicki Manaj Vs. Cardi B

Cardi B and Nicki Manaj have been feuding for years. Clearly Nicki has always been the Queen and we love her, however could the Queen bee Nicki be a little jealous of the new upcoming next generation star Cardi B. The two definitely have become rivals from New York’s fashion week when Cardi apparently the a shoe at Nicki because a comment that she made about Cardi not being a “good mom”. Cardi claims the rap star Nicki has been taking low blows at her from the beginning of her career. Cardi swears she has just taken blow after blow from Nicki, but hasn’t done anything to cause the negativity from her. Cardi B just recently deleted her instagram account temporarily because of Nicki Manaj and the shade she was throwing at the new upcoming star after Cardi was won a Grammy for best single woman performing rap album of the year. Could Nicki be a little worried?